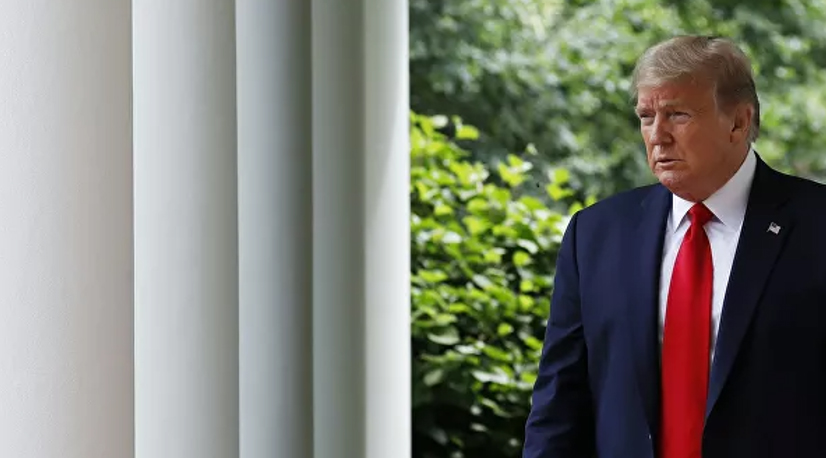 US President Donald Trump, whose residence in the White House was besieged by demonstrators the day before, praised the US Secret service guarding him and put the word “protesters” in quotation marks.

“The US Secret service did a great job last night. They were not only completely professional but also very cool. I was inside, saw every movement, and couldn’t have felt safer. They let the “protestors” shout and chant as much as they wanted, but when someone got too excited or crossed the border, they quickly and harshly attacked them. They didn’t even have time to figure out what it was”, Trump wrote in a series of tweets.

“A large crowd, professionally organized, but no one even came close to breaking through the fence. If they broke through, they would be greeted by the most vicious dogs and the terrifying weapons I have ever seen. That’s when people would really at least have suffered a lot”, Trump added, once again thanking the Secret service.

A crowd of protesters was near the White House from early Friday evening until late Saturday night. No severe disturbances were recorded.

Riots broke out in Minneapolis and several other cities after the death of an African-American man, George Floyd, at the hands of police. Videos appeared on the Internet, showing police officers handcuffing Floyd, knocking him down, and three of them leaning on him, with one of them putting a knee on his neck. Floyd, in the video, says several times that he can’t breathe, and then goes quiet. Floyd died in intensive care. Four police officers were fired after the riots began, and one of them was charged with negligent homicide.